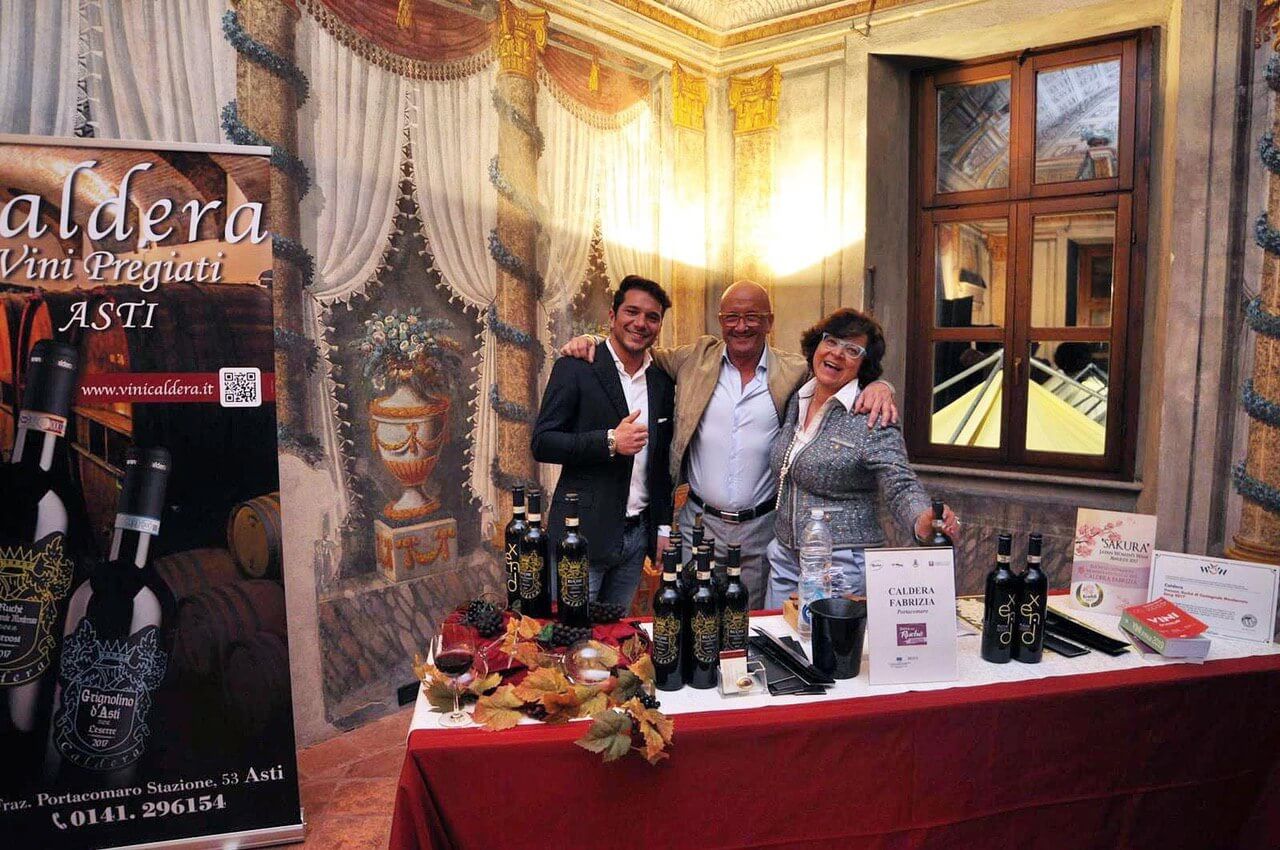 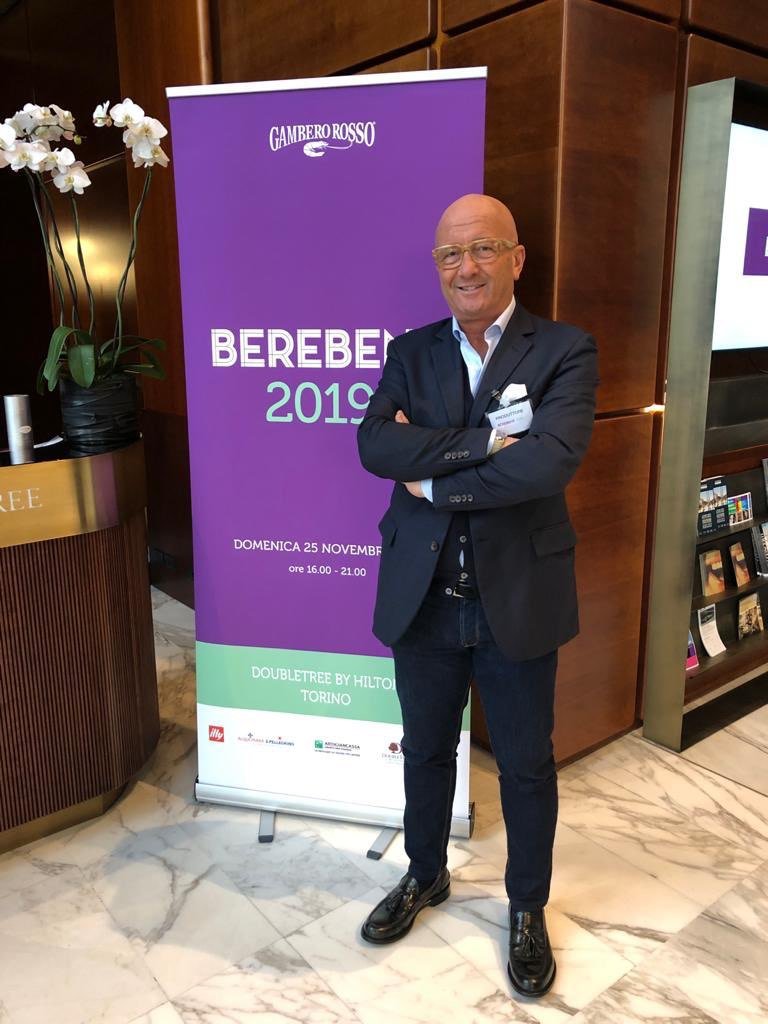 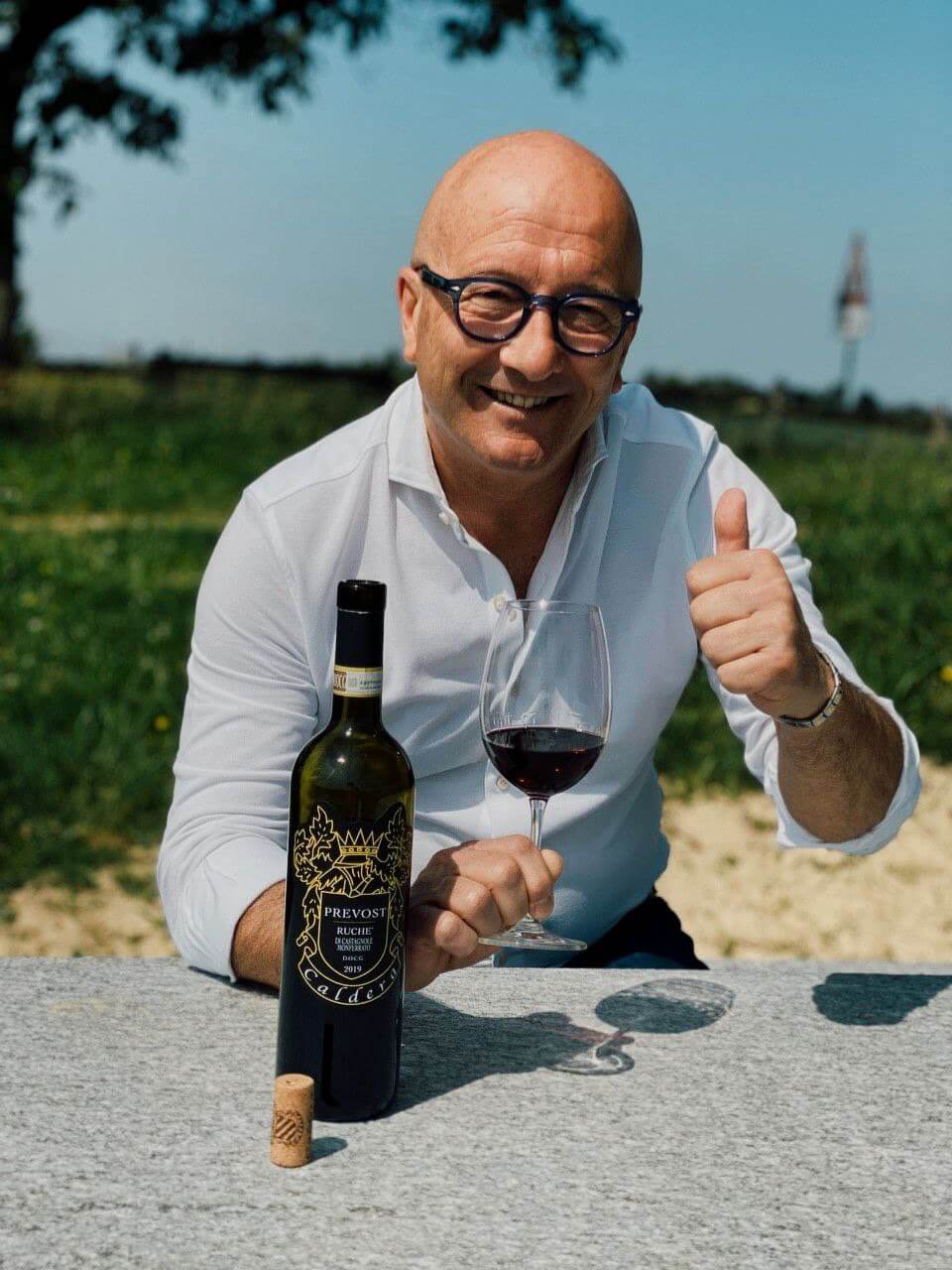 The wine of the month of the A.I.S. Piedmont
From this month, this section will deal with wines perhaps not famous and little mentioned by the Guides but which, in my opinion, deserve a space in your cellar for their excellent quality and low price.

BARBERA D’ASTI 2000 “BALMET”
The great passion of Fabrizia Caldera and her husband Roberto Rossi has contributed a few years to this part of the acquisition of the management of the family business, which had already operated and marketed the wines of the Portacomaro hills, home of Grignolino d'Asti, since 1900 , transforming it into a cellar where high quality wines from the Astigiana and Monferrato tradition are produced.
The vineyards are located in some of the most suitable areas of Monferrato: the Grignolino grape comes from the historic "Serre" of Portacomaro, that of Ruchè from the well-known area of Castagnole Monferrato, the Barbera grape is produced not only in Portacomaro, but also in Agliano, Vigliano, Costigliole d'Asti and Castelletto Merli.
The wines, some of which have been awarded at the recent Douja d’Or and reported in the latest Espresso Guides, are all very interesting, also for their excellent quality / price ratio.
Of these I especially liked the Grignolino d’Asti 2000, very typical the Ruchè di Castagnole 2001, the Barbera d’Asti Traditional 2001 and the Barbera d’Asti Balmet 2000.
The latter is undoubtedly the most interesting and worthy of mention.
This is a Barbera (Barbera is female) with a great structure, thanks also to a generous vintage and a pure Barbera grape blend from suitable areas, such as Agliano and Costigliole d'Asti.
As a good Langhe I have now had to resign myself to parochial quarrels and bend to these mighty and wonderful Barbera of the Monferrato hills.
The wood in which it has been refined and where it has rested for several months offers classic sweet hints that are not at all annoying and opaque.
The wine has a beautiful garnet red color dense in clarity, consistent and inviting. The perfume is rich, elegant and complex, with ripe fruit, black currant and jam fragrances, with notes of vanilla, white chocolate and licorice that enrich the last nuances of tobacco and pepper. Excellent cleaning and persistence.
The structure and softness invade the taste buds offering a balance in which the well-known acidity of the grape is smooth and the tannin blends well with the richness of the body.
But the most interesting thing is the price, less than 15 Euros in the Enoteca! Now accustomed to the prohibitive prices of some famous Barbera bottles, I was amazed at the honesty of the producer.
I hope that Fabrizia and Roberto will continue to work towards quality with increasing commitment, recommending them not to lose the palm of the best value for money attributed to it by many other experts in the sector.

January 2002
Update on the constant process of qualitative growth of the wines produced in the cellar.
After a month of September 2001, in which our Barbera d'Asti Doc 2000 was awarded at the National Competition of Douja d'Or wines and Barbera d'Asti Superiore Doc 1999 Balmèt selected in the review of Author Wines, we continued to obtain excellent results in November, during the Wine Show at the Lingotto in Turin, during which, qualified and competent visitors, showed interest in all the types we offer, in an elegant and popular stand.
Just at the Wine Show, leafing through the 2002 Veronelli Wine Guide, it gratified us to note that three of our wines and an accurate description of the company had been added compared to the last edition.
We were also invited to present the Barbera del Monferrato "Il Giullare" at the Salotto di Papillon at the historic residence of Stupinigi, by the well-known food and wine journalist Paolo Massobrio, who is an authoritative admirer, as well as of our other wines he has repeatedly reviewed and included in his Critical and Greedy Guide.
Also in the new Guide to Italian Wines of Espresso, edited by the expert journalist Alessandro Masnaghetti, Barbera del Monferrato "Il Giullare" obtained the maximum score for this typology, while all our other wines tasted by the author, collected very interesting reviews.
Finally, it should be noted that the "Guide to the Cantine dell'Astigiano, published at the end of the year, written for the biweekly Asti" La Nuova provincia "by the journalist Adriano Salvi, which also collaborates with important national newspapers such as the monthly" Civiltà del Bere ”, Counts us among the 100 best wineries of the Asti area reported in the publication. An important indication, given that our province numerically has the strongest density of wine producers of rank in Piedmont, in relation to the small territorial extension of Piedmont. The same author has positively reviewed our activity on the 2002 Guides "Eating and Drinking in Liguria" and "Eating and Drinking in Piedmont" by Bruno Gambarotta, released starting from the current month.
These results testify, without any presumption on our part, that we are moving in the right direction for all the wines we produce, constantly refining some basic organoleptic characteristics: the typicality of the product; the sensation immediately transmitted to the tasting of a lively, fruity, balanced, authentic wine; the absence of acidity peaks, which would make it not ready for consumption and above all not very elegant and pleasant.
All this spurs us further to work with ever greater commitment in the direction of quality, bearing in mind not to lose the palm of the best value for money attributed to us by Paolo Massobrio and many other experts in the sector.
Finally, we would like to anticipate that soon two very interesting new wines will be offered: the first will be a Chardonnay aged in barriques; the second a Ruchè Passito, unique in its kind. A novelty that we hope will be able to arouse considerable interest in the media, in exhibitors and especially in consumers.
Fabrizia Caldera
Review by Dr. Paolo Massobrio
on the portal of the Cassa di Risparmio di Asti
www.catanabuta.com

Barbera d’Asti 1999
FABRIZIA CALDERA
Portacomaro – Fraz. Portacomaro Stazione, 53/b
Tel 0141/296154
Who conceived this wine is a woman: Fabrizia Caldera.
And he did it with a very careful eye on tradition, on the historical memory of certain tastes.
We point out the Grignolino d’Asti but above all a very female Barbera, which is immediately striking for its beautiful purple color, the fruity aroma, the enveloping, round, full taste. A Barbera of this type goes well with a plate of donkey stew with savoy cabbage (seasoned with anchovy).
A bottle costs about 8 thousand lire (and the palm of the best value for money must be attributed to it).

THE WINE. Being bagnacauda, the ideal wine remains a Barbera del Monferrato (lively, as is expected from this type). The last champion tasted, "Il Giullare" by Fabrizia Caldera di Portacomaro (Asti) hit the diners who immediately placed orders for a straightforward wine, very pleasant in this season that does not give anything of the quality of Barbera, but enhances it . It has a purplish red color, the bouquet is reminiscent of flowers, on the palate it is nervous, fresh, lively, without betraying a certain structure.
A pleasant glass, nothing to say.
And a bottle costs just 7 thousand lire.

Review on the internet in the news of the day by Dr. Paolo Massobrio.

The news of the wine of the day
Be tempted by quality '
THE WINE. It is still a Barbera d'Asti 1999, by an emerging, good producer of Portacomaro Stazione (Asti). It's called Fabrizia Caldera (tel. 0141 / 29.61.54) and makes a decidedly fruity, enveloping wine with a full round flavor. A sample suitable for those who love strong (and authentic) tastes.
Excellent with stewed cabbage.
A bottle costs less than 8 thousand lire.
Incredible in the value for money.